CEV Board of Administration anticipates the highlight event for WEVZA 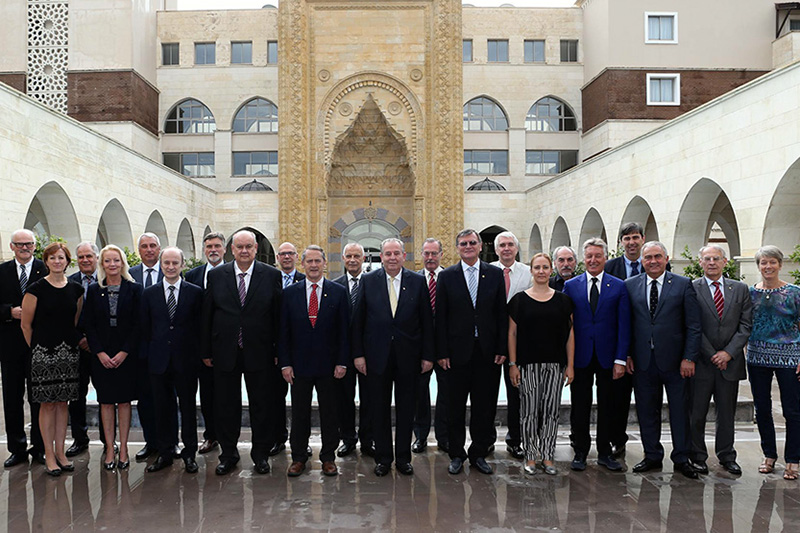 The CEV Board of Administration set the tone for the XXXV CEV General Assembly that CEV President André Meyer will declare open on Friday afternoon. and anticipated the awaited 2014 WEVZA General Assembly to take place on Turkish city on Friday.

The CEV Board of Administration reviewed the agenda of the Congress and eventually approved the programme of the General Assembly. The members of the CEV BoA praised the excellent work done by the national federations of Italy and Poland who recently organized the Final Rounds of the 2014 FIVB Volleyball World Championships. The BoA focused on the innovative actions undertaken by both organizers to raise the profile of the sport to unmatched heights, something to learn from also for the future of all major CEV competitions.

The Board of Administration adapted the concept prepared by the European Sports Organizing Commission to introduce an additional age-group Championship, with the age limits fixed at U17 and U16 for boys and girls, respectively. After reports from the different Commissions, and the review of the calendar for 2015, the meeting ended with a series of presentations delivered by the national federations currently bidding to host the various European Championships on schedule for 2016 and 2017. “We had a fruitful meeting with plenty of interesting discussions which were actively joined by all members,” CEV President André Meyer says.

The WEVZA countries were represented in the meeting of the CEV Board of Administration by its members Philip Berben, from Belgium, Renato Arena from Italy, Agustin Martin Santos from Spain, Philippe Blain from France, Alois Fischer from Switzerland, Manfred Holzgraefe from Germany, Maria Helena Ooms-Van Den Berg from The Netherlands and Jan Rek from Switzerland.

The CEV Board Administration anticipated the WEVZA General Assembly to take place in Turkish resort city on Friday.