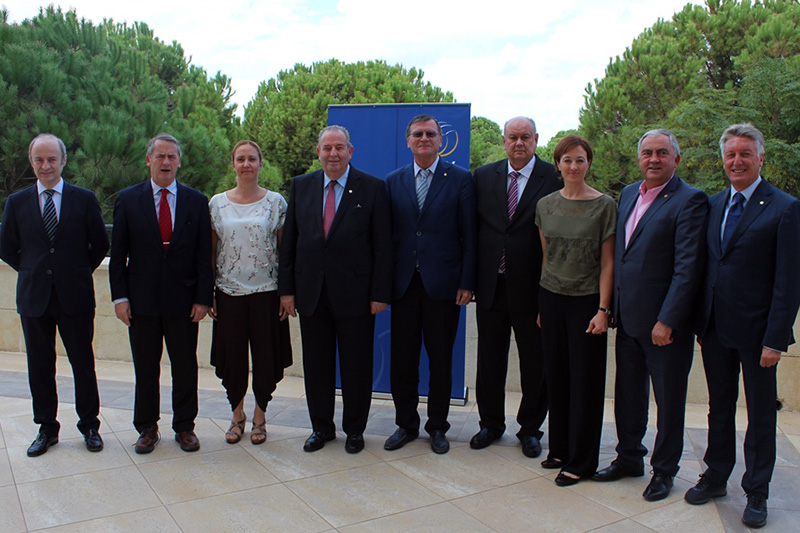 The CEV Executive Committee opened a decisive week for the future of the European Volleyball Confederation and the Zonal Volleyball Association of the Western European countries. The meeting held in Turkish city of Antalya inaugurated the events that will catalyze the attention of continental Volleyball this week and that will live one its pivotal moments with the celebration of the WEVZA General Assembly on Friday.

In the meeting celebrated on Wednesday, the members of the CEV Executive Committee reviewed the current state of the preparations for the CEV General Assembly where, among other things, the organizers of future Volleyball Championships on schedule for 2016 and 2017 will be announced. The weekend will include another few highlights, such as the launch of an innovative promotional campaign which will follow in the footsteps of the “Fair Play Volleyball Way” action that has turned into one of the main features of the last 12 months.

The Executive Committee analyzed the various Championships organized in 2014, with a focus on the U19 Women and U20 Men and on their respective Final Rounds that were held in Estonia/Finland and Czech Republic/Slovakia in the late summer.

The leaders of Europe’s Volleyball family also praised the excellent organization of the Men’s and Women’s World Championships hosted by Poland and Italy, respectively which have helped raise the profile of Volleyball to unimaginable heights.

The Beach Volleyball season, the proposal of the possible introduction of an additional age-group Championship and the inaugural European Games which are due to take place next year in Baku, Azerbaijan were other of the topics in the agenda.

The WEVZA countries were represented in the CEV Executive Committee meeting by its members Philip Berben, from Belgium, Renato Arena from Italy and Agustin Martin Santos, from Spain and acting WEVZA president. The WEVZA General Assembly will take place in Turkish city of Antalya on Friday.