Dutch girls to strong for Switzerland

The Dutch girls came back strong after a though loss against Belgium yesterday. With the crowd behind them, The Netherlands played great against the Swiss talents. The team of coach Eelco Beijl served strong and put a lot of pressure on the Swiss defense.

Switzerland had no answer to the play of the hometeam. The Dutch talents became stronger with their block and Klein Lankhorst and Vos made the difference with their service aces. A quick victory for the hometeam in Arnhem: 17-25, 11-25, 15-25.

Tomorrow the two teams will meet again, they play at 14.30. It’s the battle for the bronze medal. The Netherlands became third in the poule with this win, the Swiss girls are fourth. 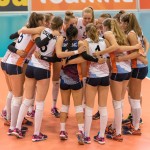 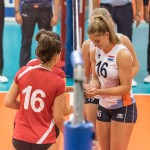 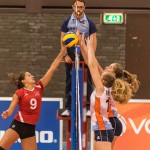 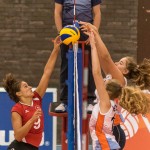 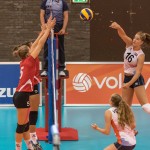 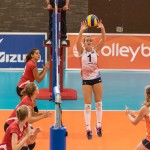 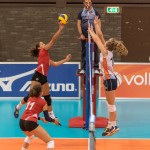 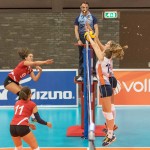 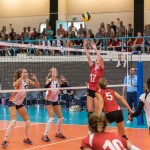 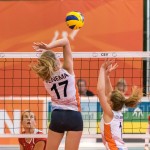 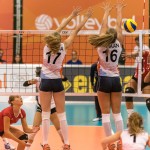 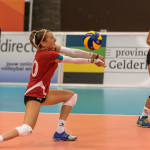 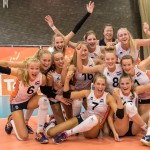