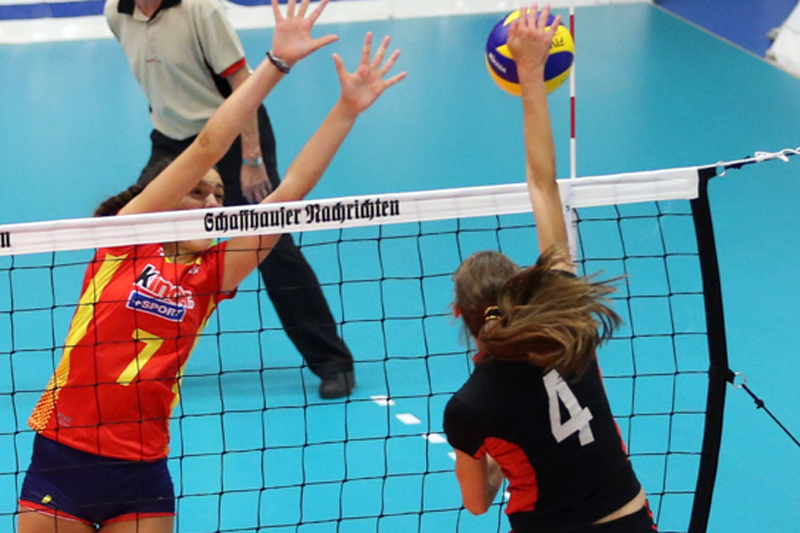 The 2014 WEVZA Girls Tournament finished on Saturday in Swiss city of Schaffhausen and put the golden note to an exciting competition that has presented the upcoming stars of European Volleyball, in a sensational first edition of the competitions of the Zonal Association of Western European Countries.

The championship finished with the coronation of Italy as champions, after azzurini victory in a spectacular final match against Germany. Following the Golden Medal, the best players of the tournament were awarded so to acknowledge the outstanding performances of the young promising figures of the sport.

The award of Best Setter went to Italian Alessia Orro, after leading Italy in an impressive tournament. Azzurrini also were awarded with the Best Libero, to Giorgia Zannoni, who presented outstanding performances in defense and reception. Best Middle Blocker was also in Italian side, as Giulia Maria Mancini received the recognition for her great work over the net. The Best Outside Attacker award ended in the hands of Germany’s Hanna Orthmann, the most decisive player in offensive action.

The splendid performances of all the players during the six days of competition lived one of the most anticipated moment with the coronation of the Best Player of the tournament. The award went to the hands of Belgium’s Britt Herbots. The young Belgic player has performed at incredible levels throughout the competition and has been the best shining example of a star in the making.