Viana do Castelo, Portugal, January 11, 2020. On Saturday, Italy completed a clean sweep of their matches at the WEVZA qualifier to secure their participation in the Final Round of this year’s U17 Women European Championship. The ‘Azzurrine’ thumped the Netherlands in straight sets to book their ticket to Montenegro where the Final Round will be taking place later this summer. The Netherlands, Belgium, Spain, Germany and France – who finished second, third, fourth, fifth and sixth, respectively – will continue their journey in the second round of European qualifiers scheduled for late April / early May. 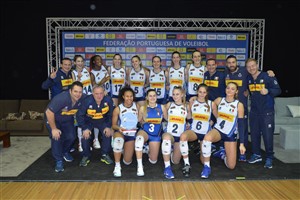 As many expected it would the case, the start of the match featuring the top two teams of the competition was a very close one. Gradually, however, the Italians put more pressure with their aggressive serve and varied attacks, well backed by an effective block, and eventually won the first set, with nine points from Marina Giacomello. Seven consecutive points with Sara Bellia standing behind the serving line determined the outcome of the second set. The third set was the most emotional, with the Netherlands recovering from a deficit of four points, which however was not enough to avoid defeat.

The best scorer was the Italian Marina Giacomello, with 15 points, while Tess Leemreize, with nine, was the most prolific Dutch player.

Michele Fanni, coach of Italy: “It was an almost perfect match. We played very well, always focused on our goal. We were very good in the service and improved steadily with our block and defence. Today we were also very strong in attack. Now we will have more time to train and prepare together for the participation in the Final Round.” 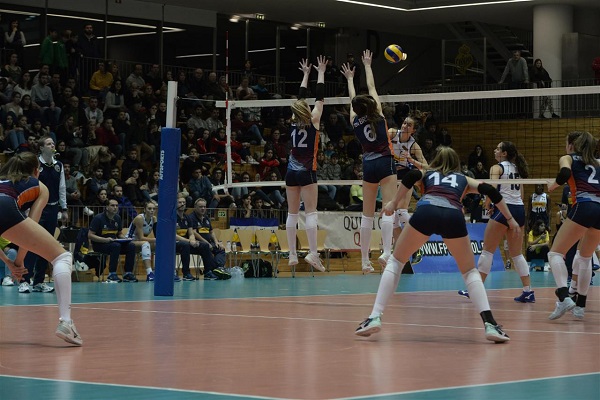 Always very tactically disciplined and effective in all aspects of the game, Belgium had no major problems to excel against a very combative, but still inexperienced Spain. The Belgian Eline Van Elsen was the best scorer of the match, with 17 points, while Julia de Paula Viana, with 10, set the pace for Spain in their losing effort.

Robin De Bont, coach of Belgium: “We came here to qualify for the European Championship. There was only one ticket giving direct access to the finals and we lost it along with the chance to play in the final. Today’s victory was very important as it showed that we recovered well from the disappointment of missing the finals. The bronze medal gives us encouragement to continue fighting.” 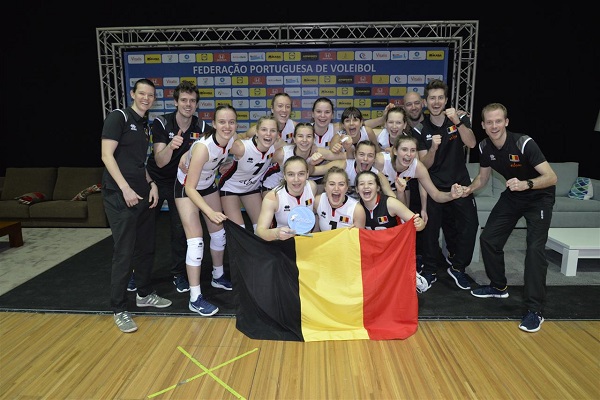 Germany turned their aggressive serve and offensive power into their best weapons to win with unexpected ease the first set against Portugal, with eight points scored by their captain Nikola Schmidt. In the second set, and with Inês Costa serving, Portugal went from 5-6 to 11-8; Germany however reacted effectively and doubled their lead in the match. The third set was very similar, with the Germans always dominating and staying in control from start to end.
The best scorer was Germany’s Mia Kirchhoff, with 13 points, while Ana Monteiro, with 10, topped the charts for Portugal.

Jens Tietböhl, coach of Germany: “This victory was very important for us because with this result, we have qualified for the next round of the European Championship. I am happy with the tournament that we had and with the quality of its organisation.”

Rui Pedro Silva, coach of Portugal: “We knew we had to win 3-0 and we tried to fight, especially in the first set. We could not succeed and as a result, we gave the underused players a chance because they all deserved to be here, and the match lost some quality with that.”