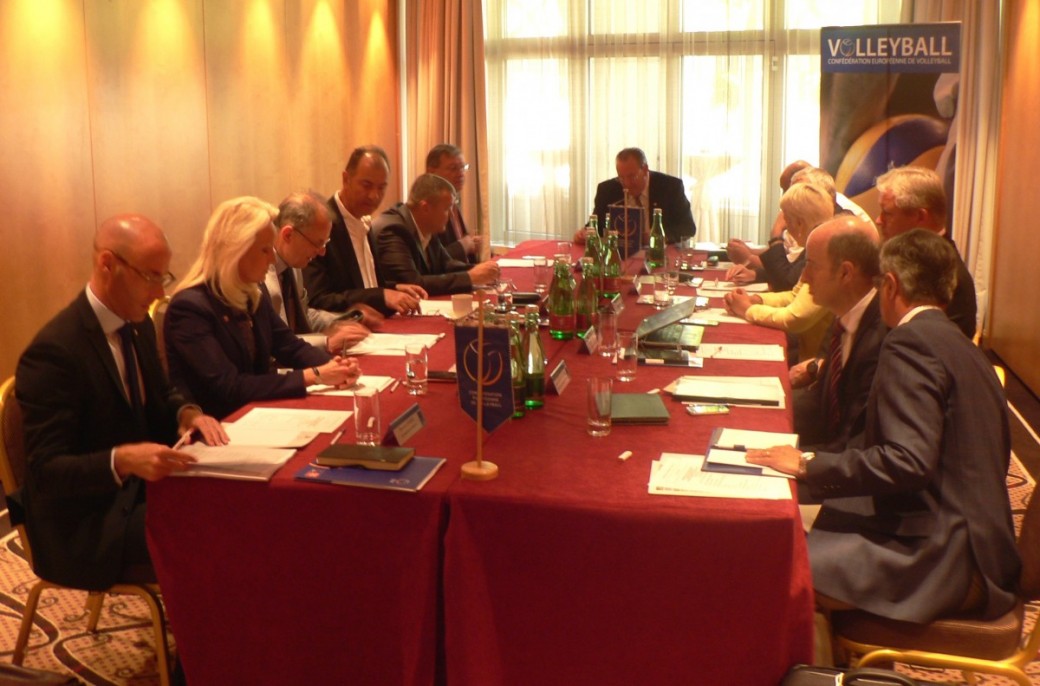 The annual meeting of the CEV Zonal Associations and Small Countries Division was held on Friday morning in Vienna, only some hours before the much anticipated 2014 edition of the European Volleyball Gala set to take place at the Hofburg Palace. CEV President André Meyer chaired the meeting that was attended also by CEV Senior Vice President Aleksandar Boricic, CEV Vice President Jan Hronek and by representatives of the five Zonal Associations (BVA, EEVZA, MEVZA, NEVZA, WEVZA) and of the Small Countries Division as well (SCD).

CEV President André Meyer expressed his praise for the work which is being performed by all Zonal Associations as well as by the SCD in order to promote Volleyball and Beach Volleyball at the grass-roots level: “Together with our network of FIVB/CEV Regional Volleyball Development Centres, the Zonal Associations and the SCD carry the primary responsibility of fostering the growth of our sport, making sure that more and more of our youngsters start playing Volleyball. The ultimate goal is not a professional career in the sport, but rather the promotion of a healthy life-style as well as of the positive core values that go along with Volleyball, with a focus on fair play.”

The representatives of the Zonal Associations and of the SCD reported on the activities they had carried out last year as well as on their future plans. Today’s meeting in Vienna marked a somehow historic moment since that was the first time that even the youngest of all Zonal Associations, the Western European Volleyball Zonal Association (WEVZA), was represented and could report on the latest developments since its establishment dating back to September last year.

“Our Zonal Associations are going beyond geographical, cultural, political and social barriers to bring people together under the same umbrella,” President Meyer says. “I would like to single out a couple of examples that epitomize that mission and its ongoing fulfilment: the Eastern European Volleyball Zonal Association was recently joined by our friends from Armenia, whereas the Balkan Volleyball Association just organised a kids’ festival in Istanbul where hundreds of children from all over the Balkan Peninsula came together in a spirit of friendship and mutual respect. All other Zonal Associations as well as the Small Countries Division are following the same line, thereby testifying that there is a common mission that we all share. I believe that this way Volleyball shows that it can play a role in laying the foundations of a better society. I do wish all of our Zonal Associations will keep up the good work and help us spread the message that Volleyball is a sport for everyone.”