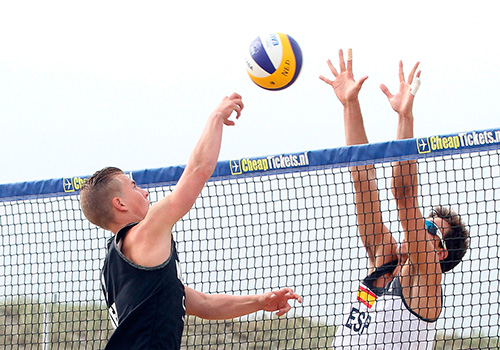 The Western European Volleyball  Zonal Association is counting the days to one of the main events of the year: the General Assembly to be held next Friday on Turkish city of Antalya. Representatives from all the members will gather in the idyllic destination in the Ottoman country for a day that will set the roadmap of the association for the following years.

One main point of interest in this General Assembly will be to determine the competition calendar for 2015. Together with the Volleyball tournaments, the plenary meeting will decide on the Beach Volleyball competitions for next year.

The 2014 season opened the exciting Beach Volleyball WEVZA tournaments. Three outstanding events catalyzed the interest of this sport in the association in the first year of existence of the union of Western national federations. Dutch city of The Hage held the first tournament, the WEVZA Under 19 Beach Volleyball Championship. The action transferred then to Portuguese city of Macedo de Cavaleiros, where the 2014 WEVZA Under 21 Beach Volleyball Championship was held. Also on August, Italian city of Capaci was the venue where the first Zonal Tour event took place.

The General Assembly next Friday will discuss the proposal presented by the Technical Commission regarding 2015 Beach Volleyball competitions. For next year, according to the presented plan, four Beach Volleyball tournaments will be held under the WEVZA umbrella. Just as happened last season, a Under 19 and Under 21 championship will tentatively be celebrated. At least one Zonal tour tournament will also take place next season. In addition to this, the Technical Commission is proposing the celebration of a Under 17 championship.   All the  venues and dates for these competitions are yet to be decided in a meeting that will take the association to its bright tomorrow.