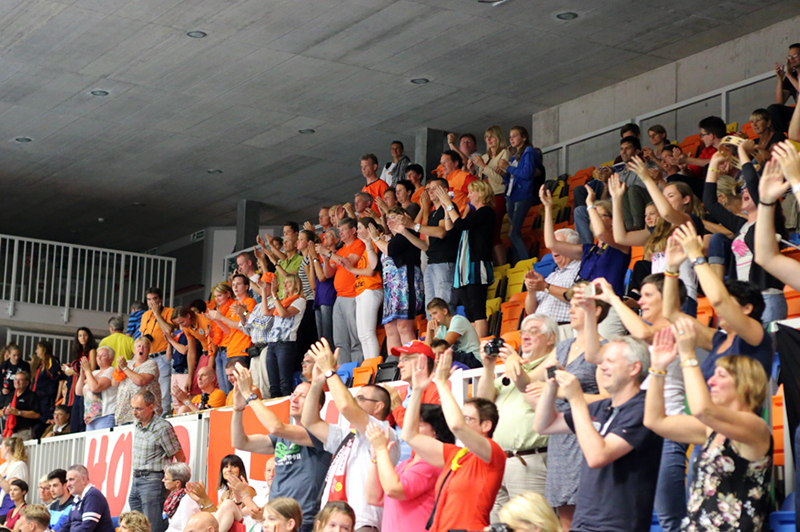 The first season in the history of the Zonal Volleyball Association of the Western European countries celebrated the promising future of the nation members through two exciting Volleyball tournaments. The cities of Schaffhausen in Switzerland and Valladolid in Spain held the two first WEVZA competitions in Volleyball, two thrilling events that confirmed the great level of the upcoming stars of the sport in the eight national federations.

The city of Schaffhausen acted as venue of the first WEVZA Girls Under 17 championship. The eight participant teams enjoyed four inspired days of competition, marked by the outstanding demonstration of the young players. After a disputed first round, in which the eight teams were separated in two groups, the best four squads transferred to the semifinals, while the other four participants played for the 5th place.

In the first semifinal, Italy beat The Netherlands 3-0 in a demonstration of the young azzurri side. In the second semifinal, Germany and Belgium engaged in a disputed clash that could not be decided until the tie-break. The German side had the luck on its side in the final set and closed the period 15-10, so to earn the ticket to the final. In the match deciding game, Italy proved too strong and beat Germany 3-0, thus stating its power in the category. Belgium completed the podium, after winning the 3-4 qualification match against The Netherlands 3-2. Belgium player Britt Herbots was elected MVP of the tournament. 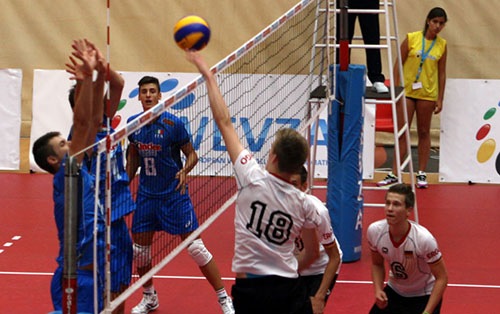 Meanwhile, in Valladolid, Pabellon Pisuerga sports hall vibrated with the 2014 WEVZA Boys Under 18 championship, four thrilling days among the future stars of the sport. After the exciting first round, the teams of Italy, Spain, Germany and Belgium made it to the semifinals.

In the first semifinal, Italy beat Spain 3-1 in an even clash determined by the powerful spikes by Italian side. Germany also made it to the Final as Germans won the second semifinal against Belgium. Italians certified its impressive level by beating Germans 3-0 in the key match. The Bronze medal went to Spain, as locals beat Belgium in the 3-4 match. Italian Gianluca Galassi earned the MVP of the competition.

Therefore, the WEVZA countries could live two historic events that set the bar for the exciting upcoming competitions of the association.

Click here to review the results in both competitions.