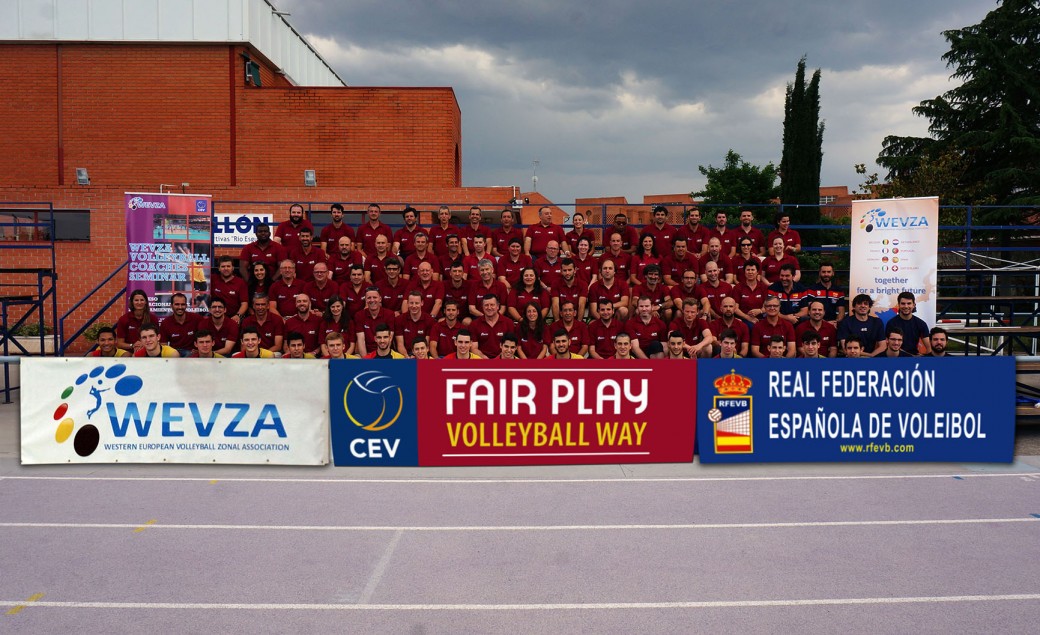 The city of Valladolid hosted a successful WEVZA Volleyball Coaches Seminar this weekend. Dozens of coaches, players and Volleyball enthusiasts gathered in the Spanish city for the first learning activity held by the Zonal Volleyball Association of the Western European countries, composed by the nations of Belgium, France, Germany, Italy, Netherlands, Portugal, Spain and Switzerland.

The Seminar presented an outstanding lineup since first class coaches acted as keynote speakers in the activity. The lectures were directed by the coach of the Belgian Junior national team, Julien Van de Vyver; the director of Development of the Volleyball Federation of the United States, John Kessel, and the coach of Polish team of PGE Skra Bełchatów and former Spanish Volleyball legend, Miguel Angel Falasca. All the attendees stated the relevance of the conferences and the valuable knowledges that were imparted throughout the event.

The activity was inaugurated by the president of the Royal Spanish Volleyball Federation, Agustin Martin Santos, who opened the seminar in a multitudinous press conference.

The event registered a successful number of attendees, with participants coming from all the WEVZA countries, who joined Spanish enthusiasts in three memorable days of Volleyball learning.