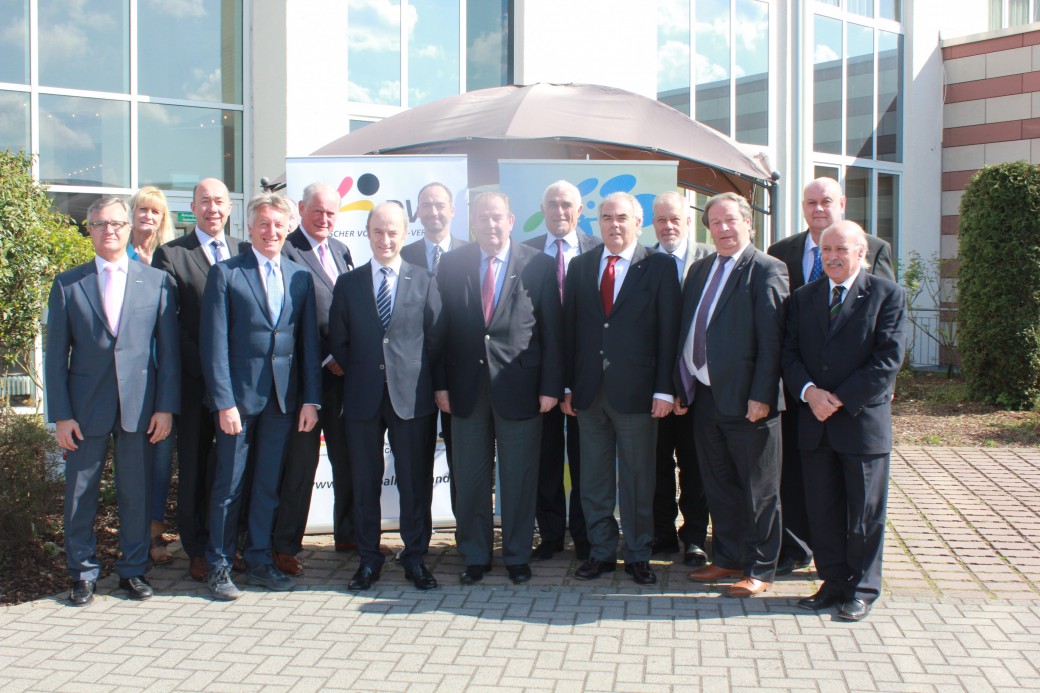 The WEVZA General Assembly celebrated its meeting this weekend in Frankfurt in a gathering that stated the excellent moment of the zonal association of the Western European countries, and marked the roadmap for the following and thrilling months of the union of national federations.

The plenary meeting of the Zonal Volleyball Association of the Western European countries, composed by the nations of Belgium, France, Germany, Italy, Netherlands, Portugal, Spain and Switzerland was attended by representatives of all the eight national federations, who were joined in German city by CEV president, André Meyer and CEV Vice-president, Jan Hronek.

In the two intense sessions of the General Assembly, relevant and reaching decisions were taken, so to ensure the continuation of the successful first years of the association. In the financial matters, the budget for 2014 and prevision for 2015 were approved, noting a substantial increase in the estimates for this year. In addition to this, the General Assembly decided to establish a scale of sanctions for failures to comply with the agreements of the higher institutions of the association, specifically in terms of administrative, organization and participation requirements.

In addition to this, the General Assembly approved the organization of the Beach Volleyball Festival “Beach for Peace”, to take place in Dutch city of The Hage from june, 26th to June, 29th with the participation of 80 representatives from WEVZA countries.

Regarding education and media, it is decided to celebrate the first WEVZA coaches seminar, the days June 5th to 7th in Spanish city of Valladolid, as well as the approval of the communication and press reports.

The General Assembly also resolved to celebrate another plenary meeting on October, 16th in Sofia (Bulgaria), in an encounter where the elections for the governing bodies of the association will take place.

In his intervention, CEV president, André Meyer praised the good progress of the association and congratulated all the members for their hard work towards continuing the success of the union of Western European countries.