The red colour court focused the opening day in Valladolid 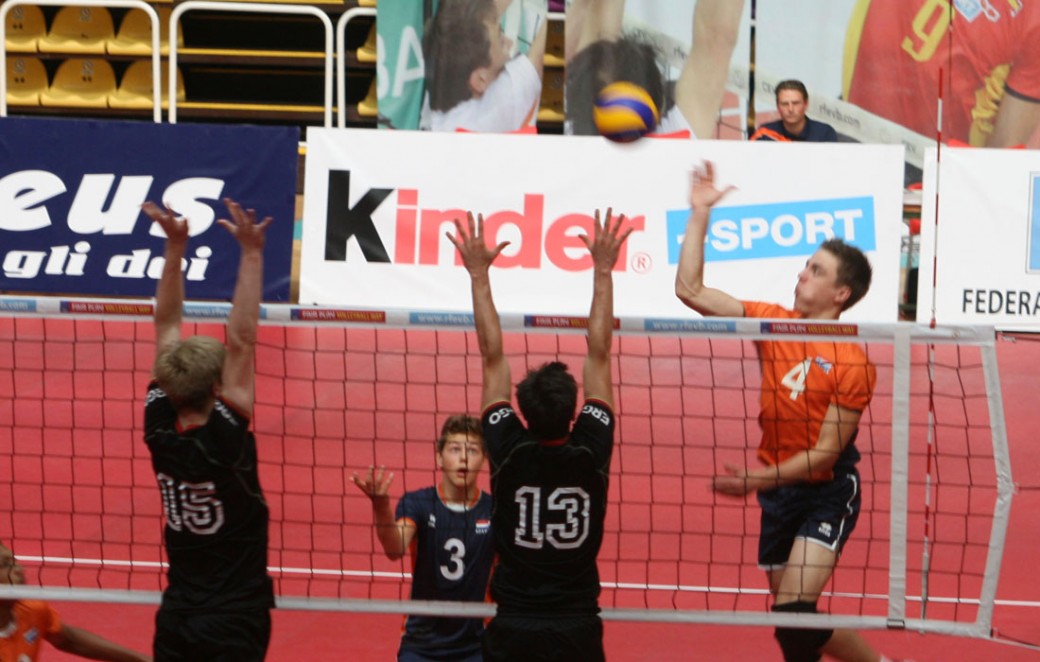 The opening day of the WEVZA Boys Tournament, that is focusing the attention of Volleyball fans in Valladolid, presented many images to remember. The historic first edition of the championship started on Tuesday marked by a surprising novelty:  the spectacular red color court placed in the sports hall, a fantastic surface to play Volleyball.

The Pabellón Pisuerga Sports Hall presented a striking look in the fist day of competition. The courts installed, two new synthetic surfaces of red color played a very important role and catched the eye of the participants. The opening day went smoothly thanks to the intense works of preparation by the local organizers

The second day of competition will take place on Wednesday, with both pools trying to claim the ticket for the semi-finals. In the group A, Italy and France can ensure the ticket to semifinals if they achieve another victory this evening. The two winning teams of the first day in group B, Germany and Spain face off in a hard fight, with an important prize for the winner: to get the access to semifinal. The matches to reach the Final will be held on Friday between the two best ranked teams in each pool.