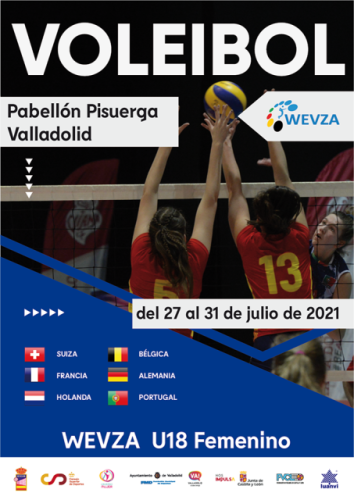 Valladolid is ready to host the WEVZA U18 Women Championship. The Spanish city repeats as venue of a WEVZA competition in an event marked by the COVID situation, with the last minute withdrawal of the two local teams. The future stars of the national federations that form the Western European Volleyball Zonal Association (WEVZA) will experience a sensational tournament, that will be streamed on RFEVB Youtube Channel.
The Polideportivo Pisuerga hosted the tournament with the teams of Belgium, France, Germany, The Netherlands, Portugal, and Switzerland, after the withdrawal by medical reasons of the two Spanish team. This situation forced to change the competition format, with a single round robin across the five days of competition from July 26th to 31th. 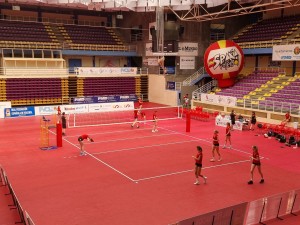 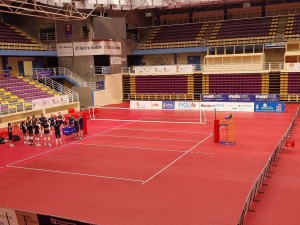 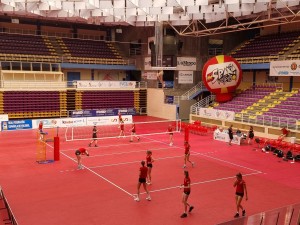