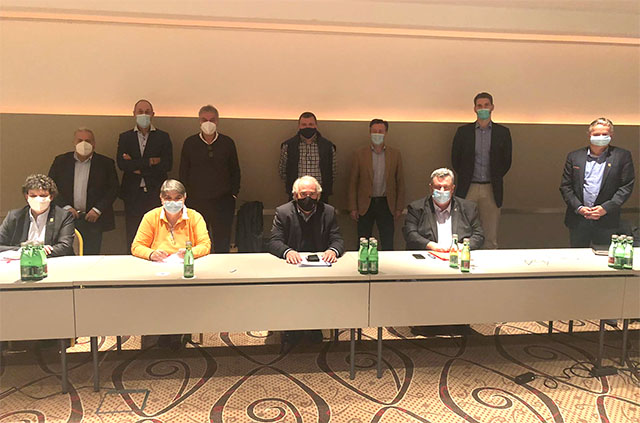 At this WEVZA General Assembly, a review of the activities of 2020 was carried out, which were highly conditioned by the Covid-19 pandemic, which only allowed two qualifying tournaments to be held for the European Women’s Under-17 Championship (in Viana do Castelo) and for the U-18 Men’s European Championship (Spain). The 2019 Annual Report and Accounts and the 2020 Budget were also approved.

Two webinars will also be organized, on dates to be defined, on Volleyball (Belgium) and Beach Volleyball (Netherlands, to be confirmed).

The Western European Volleyball Zonal Association, better known as WEVZA, which was formed on September 26, 2013, includes eight countries – Portugal, Spain, Germany, Belgium, Italy, the Netherlands, France and Switzerland – and currently has the Portuguese, President Vicente Araújo, President of the FPV, and as Vice-Presidents the French Eric Tanguy, President of the French Federation, and a representative (to be appointed) of the Belgian Federation.

This WEVZA General Assembly preceded the XLI General Assembly of the European Volleyball Confederation (CEV), which is also taking place in the Austrian capital and includes the election of the President and the Board of Directors of CEV for the 2020-2024 term.