In a balanced set almost till the end (17-16), Netherlands found the key to the triumph in the good relation between their captain, Kees Merkx, services and the efficacy of their block, and went ahead in the score by creating a 6-pts advantage (22-16). The third started at the previous image (16-16) but this time it was Portugal that closed the set with an ace from Tiago Matos. The third set was once again decided in the final moment, with Kian Macnach making value of his strength in the attack. Strongly supported by their crowd, Portugal dominated from start to finish the fourth set. In a dramatic tie-break that thrilled the public, the Portuguese captain Miguel Figueiredo, closed the set with a block: 15-11.

Manuel Figueiredo, with 26, and Kian Macnach, with 24-pts, where the best scorers of the match.

Nuno Pereira, POR Coach “The way this win was conquered, with a lot of spirit, end by tasting even better, but our exhibition is typical of the path of this generation, and as such, many errors are still made. We still didn’t win anything and tomorrow we will face Spain and have to win. Right now, if I had to name a favorite I would say that Italy and France present a superior quality”
PB4 : FRA – GER : 3-0 (25-21, 25-15, 25-23)

France entered in the match with speed through the magical hands of their setter Anatole Chaboissant, and Germany had to play at their best to play point by point until almost the end of the first set. The following set, and with Chaboissant in the service, the French went from 10-8 up to 15-8, creating a gap that turned out decisive. In the third and last set Germany still believed they could turn the score around (18-11), but Olivier Audabram made some changes in his team and France, supported by Chaboissant services tied at 23.

Rewarding his quality and excellent exhibition, Anatole Chaboissant was the best scorer of the match with 13 points: 6 in the attack, 5 in the service and 2 in the block. Jannes Wiesner and Anton Jung, both with 10-pts, were the best scorers from Germany.

Olivier Audabram, FRA coach doesn’t take on their favoritism, despite the two victories “We are still in the beginning of the competition and it’s too soon to point out the favorites. It’s the first time that they play together and we are getting to know each other’s has a team. I would like to congratulate Germany because they created a lot of pressure, and also to my team that reacted well to adversities”.

The match started quite balanced until half way (13-13) when Italy showed their supremacy in the service and the attack: 25-17. Always fighting for the points, either the block or low defense, Italy increased their score in the exact proportion of their growing confidence: 25-17. Even though they started the third set better, Belgium ended up by being an easy target to Italy’s lineup.

The Italians Luca Porro and Stefano Dell’osso were the best scorers, with 12 and 11 pts, followed by Senne Gifford, from Belgium, with 10.

Renato Barbon, ITA coach “we made some errors on the reception, but our main goal it’s to develop this kids, make them better and these tournaments are very important to achieve that. I already have white hair, but they still have a long margin to progress”

Wim De Broeck, BEL coach “Our players are very young and they need a lot of training. Nevertheless I’m pleased because today we played better than yesterday against France. Tomorrow, with Germany, we would like to fight for the victory”
Photos of the mach at 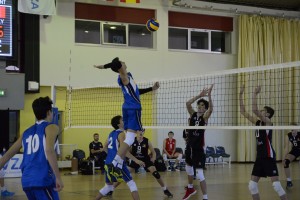 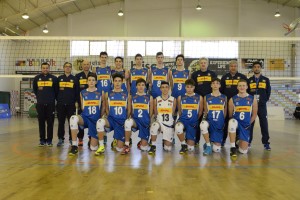 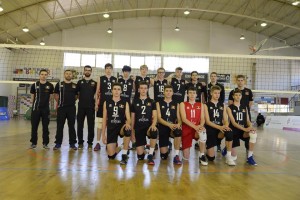 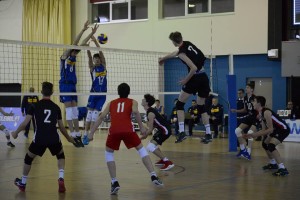 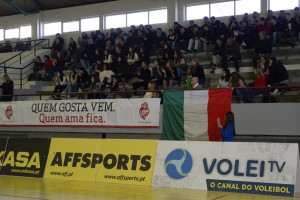