BELGIUM AND THE NETHERLANDS WIN WEVZA U19 TOURNAMENT IN CORTEGAÇA 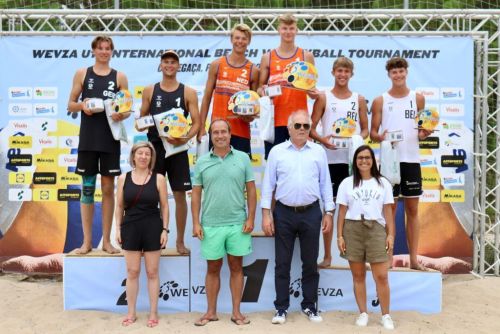 The teams Yannick Verbene/Elwin Oskam (Netherlands) and Annelore Bex/Marion Beauve (Belgium) won today, at the High Performance Beach Volleyball Center (CARVP) of the Portuguese Volleyball Federation, in Cortegaça, the WEVZA International U19 Tournament, which brought together some of the most promising European Beach Volleyball teams.

In the Men’s competition, Yannick Verbene/Elwin Oskam won, by an enlightening 2-0 (21-15 and 21-8), the Germans Bo Hansen and Bjarne Severloh.
The team Kyan Vercauteren/Jelie De Hert, from Belgium, climbed to the last step of the podium, after beating (2-0: 21-18 and 21-14) Tristan Frobel/Mika Ahmann, from Germany. 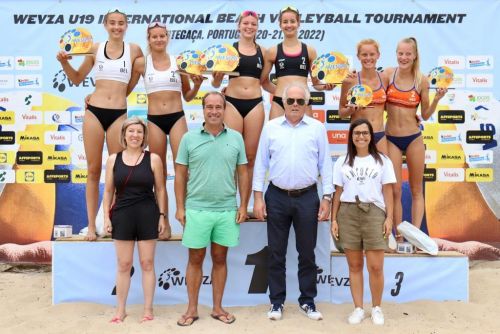