ITALY IN THE FINAL PHASE OF #EUROVOLLEYU17M 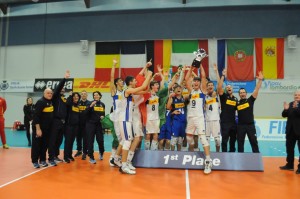 Italy qualified directly for the CEV Under-17 Men’s European Championship by beating Spain in the final.

Still in the fight for a place in the Final Phase, the national teams of Spain, France, Germany, Portugal and Belgium – respectively 2nd, 3rd, 4th and 5th classified in the WEVZA Tournament played in Darfo Boario Terme, in the Italian province of Brescia – will have to dispute, in April, the 2nd Round.