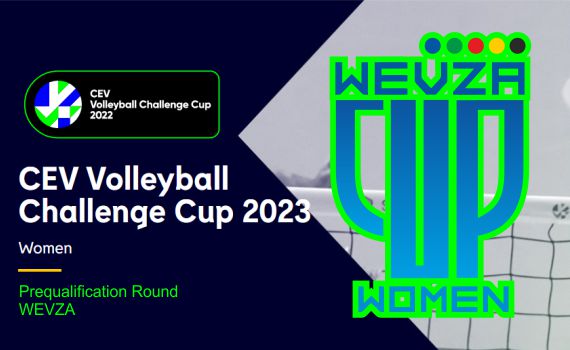 WEVZA CUP is played at home of Reale Mutua Fenera Chieri ’76, an international tournament that the biancoblù club organizes and hosts at PalaFenera from 13 to 16 October.

Six teams participate in the tournament. In addition to the hosts of Reale Mutua Fenera Chieri ’76 there is the RC Cannes, a French club in which the former Chieri Kertu Laak stands out; two German formations, the Wiesbaden (where another ex, Annick Meijers plays) and the Munster; and two Swiss teams, Cheseaux And Lugano.
Divided into two pools of three – in the pool A: Cannes, Wiesbaden and Lugano; in pool B: Chieri, Cheseaux and Munster – the teams will face each other from Thursday 13 to Saturday 15 October in two rounds. The two first classified will then face each other on Sunday 16 October for the final. The winner, in addition to the trophy, will win the most coveted of the prizes up for grabs in the WEVZA Cup: participation in the next Challenge Cup.

Reale Mutua Fenera Chieri ’76 has prepared a mini subscription which covers all seven matches and four days of the WEVZA Cup at a cost of € 30 in the Fenera Sud grandstand and € 20 in the steps. You can also buy the ticket for a single day at a cost of 10 euros in the stands and 8 euros in the stands.
The WEVZA Cup, however, is included in the seasonal passes of the Reale Mutua Fenera Chieri ’76. In other words, subscribers will be able to assist you for free.

“We are very proud to organize this European event – comments the president biancoblù Filippo Vergnano – The WEVZA Cup represents a further step in the growth of our club but even more an important opportunity, also for our territory, to host an official international tournament for the first time.“.

The event can be followed here: wevza.com/results/2022-wevza-cup-women